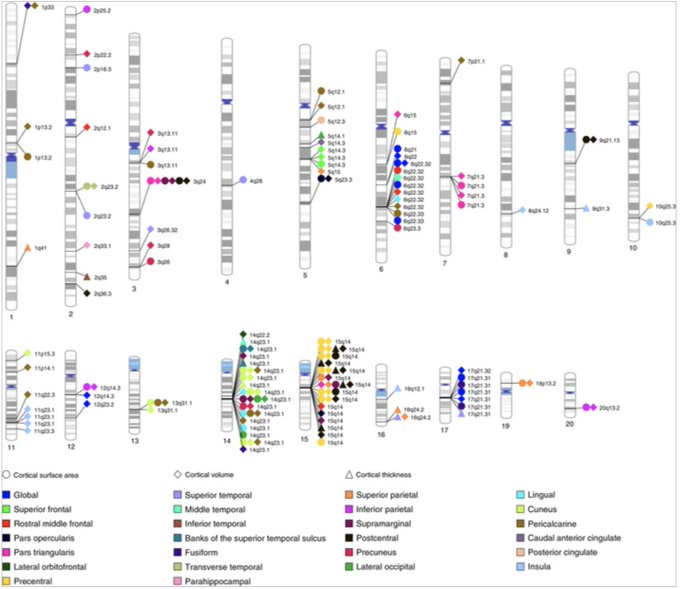 Edith Hofer, Gennady Roshchupkin and Hieab Adams led this collaboration in the CHARGE consortium (N~23k). They identified 160 genome-wide significant associations with cortical thickness, surface area and cortical volume in 34 cortical regions of interest. Replication was performed in the cortical ROI GWAS of the ENIGMA consortium.

Interestingly, when comparing global cortical measures with cortical measures in regions of interest, the number of independent genetic loci increased from 0 to 16 for cortical thickness, from 6 to 54 for surface area and from 6 to 78 for cortical volume. This underlines the added value of approaches using more precise measurements when investigating disease pathophysiology.

The full paper can be found here.